Crystal Palace Football Club is a professional football club based in Selhurst, London, that plays in the Premier League.

The club was founded in 1905 at the famous Crystal Palace Exhibition building by the owners of the FA Cup Final stadium which was situated inside its historic grounds. Palace played their home games at the Cup Final venue until 1915 when they were forced to leave. In 1924, the club moved to their current home at Selhurst Park.

Palace have been FA Cup finalists twice, losing to Manchester United on both occasions in 1990 and 2016. Palace enjoyed their best ever top flight season in 1990–91 when they challenged for the English league title, eventually finishing in third place in the top tier, their highest ever league position. The club were denied a place in Europe at the end of that season due to the partial UEFA ban on English clubs following the Heysel Stadium disaster. Palace won the Full Members Cup the same year when they defeated Everton in the Wembley final. Palace were one of the original founding members of the Premier League. As well as winning the second tier title twice, the club also hold the record for the most play-off wins resulting in promotion to the top flight, winning the final four times.

In 1973, the club changed its original nickname from "The Glaziers" to "The Eagles" and introduced the red and blue vertical stripes now associated with the club. The club had previously played in claret and blue colours. Palace have rivalries with Brighton & Hove Albion, with whom they contest the M23 derby, and fellow South London clubs Millwall and Charlton Athletic. 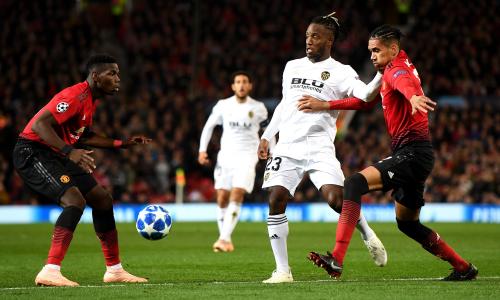 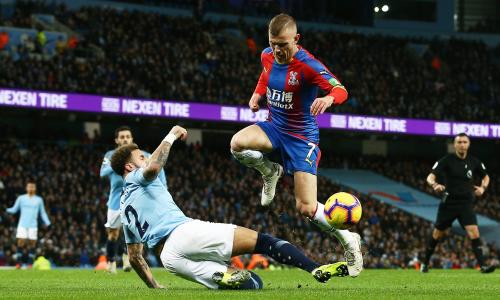 Pep Guardiola lamented defensive mistakes after Manchester City lost 3-1 to Crystal Palace, particularly the penalty Kyle Walker gave away for what turned out to be the winner 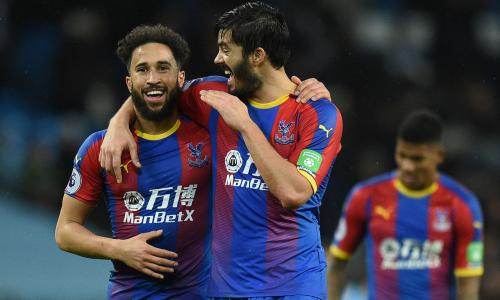