Huddersfield Town Association Football Club is a professional football club based in the town of Huddersfield, West Yorkshire, England. The club now competes in the Premier League, having been promoted by winning the 2017 Championship play-off final.

In 1926, Huddersfield became the first English club to win three successive league titles, a feat which only three other clubs have matched, and none have bettered. The first two league titles were won under their manager Herbert Chapman, who also led the club to the FA Cup in 1922. In the late 1950s the club was managed by Bill Shankly and the team featured Denis Law and Ray Wilson. After two seasons in the top division in the early 1970s the club spent 45 years in the second, third and fourth tiers of English football before being promoted to the Premier League in 2017 under their manager David Wagner.

Nicknamed The Terriers, the club plays in blue and white vertically striped shirts and white shorts. They have played home games at the Kirklees Stadium since 1994. The stadium replaced Leeds Road, Huddersfield Town's home since 1908. 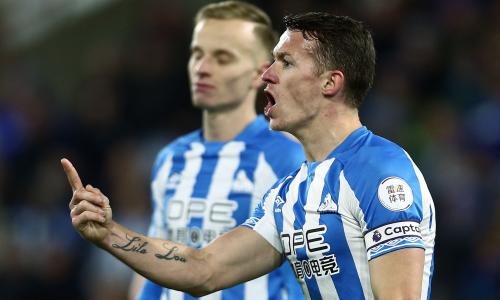 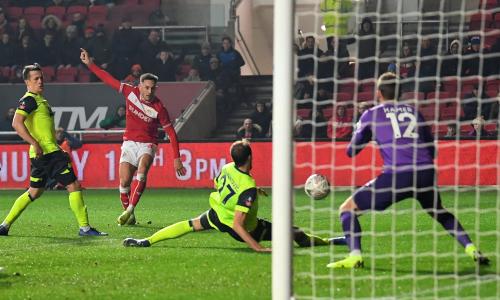 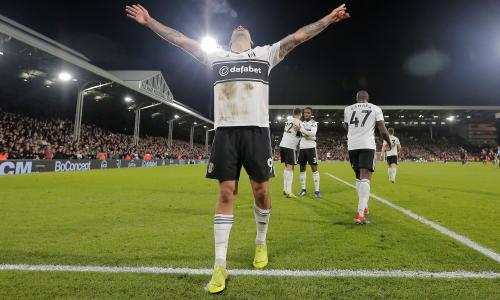