Kevin De Bruyne is a Belgian professional footballer who plays as a midfielder for English club Manchester City and the Belgian national team. His playing style has frequently led to the media, coaches, and colleagues ranking him among the best players in Europe, and has often been described as a 'complete' footballer. He was ranked the fourth-best footballer in the world by The Guardian in 2017.

De Bruyne began his career at Genk, where he was a regular player when they won the 2010–11 Belgian Pro League. In 2012, he joined English club Chelsea, where he was used sparingly and then loaned to Werder Bremen. He signed with Wolfsburg for £18 million in 2014, and in 2015 he was named Footballer of the Year in Germany. Later that year, he joined Manchester City for a club record £54 million.

De Bruyne made his full international debut in 2010, and has earned over 50 caps for Belgium. He was part of the Belgian squad that reached the quarter-finals of the 2014 FIFA World Cup and UEFA Euro 2016. Description provided by Wikipedia

Disappointed to pick up another injury yesterday. Luckily I have these 2 little boys who help me to get back up. Thank you all for your kind messages. I will be back soon

Our newest member of the family is here. We already love you so much, little Rome 👑 @lacroixmichele 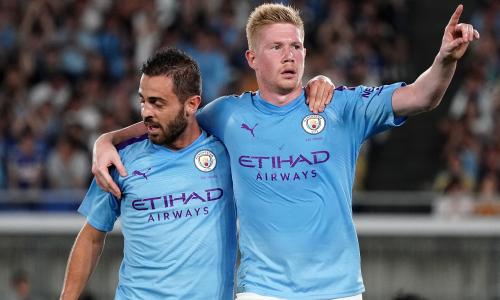 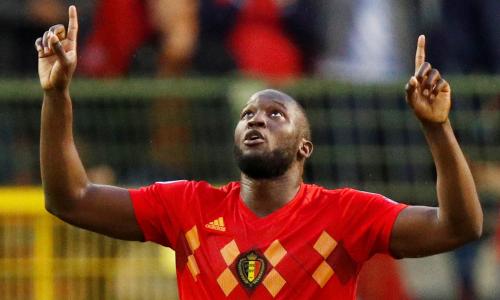 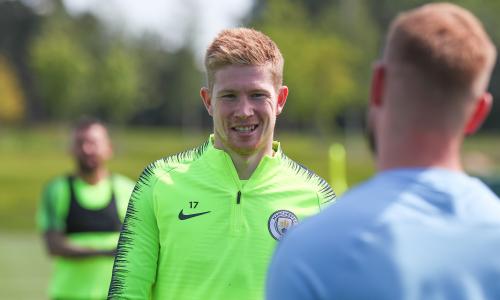 Kevin De Bruyne: ‘We were just better than Liverpool in the end’ | Jamie Jackson