Sergio Leonel 'Kun' Agüero is an Argentine professional footballer who plays as a striker for Premier League club Manchester City and the Argentine national team.

Agüero began his career at Independiente. On 5 July 2003, he became the youngest player to debut in the Argentine Primera División at 15 years and 35 days, breaking the record previously established by Diego Maradona in 1976. In 2006, Agüero moved to Europe to play for La Liga side Atlético Madrid, for a transfer fee of €23 million. He made a name for himself, attracting attention from Europe's top clubs by scoring 101 goals in 234 appearances while winning the UEFA Europa League and the UEFA Super Cup in 2010.

Agüero moved to Premier League club Manchester City in July 2011 for an undisclosed fee thought to be in the region of £35 million. On the last day of his debut season with the club, Agüero scored a 94th-minute winner against Queens Park Rangers that earned City its first league title in 44 years. At the end of the 2015–16 season, of players who had played at least two seasons in the Premier League, Agüero had the highest goals per minute ratio in the history of the competition since its formation in 1992, averaging a goal every 106 minutes - beating Thierry Henry with a goal every 121.8 minutes. He also holds the joint-record for the most goals scored in a single Premier League match – five – and the fastest to do so, in 23 minutes and 34 seconds of match time. He is the highest non-European scorer in the history of the Premier League, with over 100 goals in the division. On 1 November 2017, Aguero became Manchester City's all-time highest goal-scorer, scoring his 178th City goal against Napoli.

At international level, Agüero represented the Argentina under-20 team at the FIFA U-20 World Cup in 2005 and in 2007, winning both tournaments. Agüero played at the 2008 Beijing Olympics, scoring two goals in the 3–0 semi-final win against Brazil as Argentina went on to win the gold medal. Agüero was selected to represent Argentina in the 2010 FIFA World Cup, the 2011 Copa América, the 2014 FIFA World Cup, the 2015 Copa América, and the Copa América Centenario, reaching the finals of the latter three tournaments. Description provided by Wikipedia

ATTACK boots ready for this weekends derby 🔵🤟🏽 Thanks @PUMAFootball #newlevels 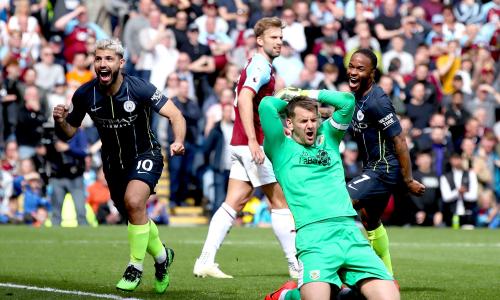 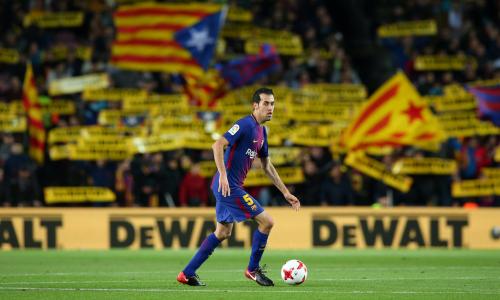 Sergio Busquets: ‘The recognition from opponents is the highest praise’ | Sid Lowe 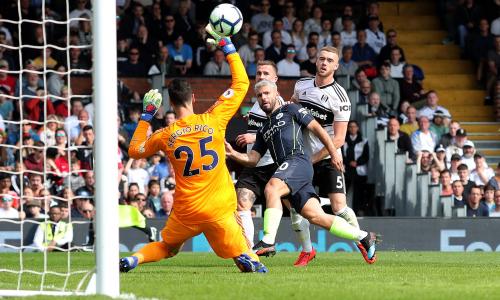