Newcastle United Football Club is an English professional association football club based in Newcastle upon Tyne. Newcastle United was founded in 1892 by the merger of Newcastle East End and Newcastle West End, and has played at its current home ground, St James' Park, ever since. The ground was developed into an all-seater stadium in the mid-1990s and now has a capacity of 52,354.

The club has been a member of the Premier League for all but three years of the competition's history, spending 85 seasons in the top tier as of May 2016, and has never dropped below English football's second tier since joining the Football League in 1893. They have won four League Championship titles, six FA Cups and a Charity Shield, as well as the 1969 Inter-Cities Fairs Cup and the 2006 UEFA Intertoto Cup. Newcastle United has the ninth highest total of trophies won by an English club. The club's most successful period was between 1904 and 1910, when they won an FA Cup and three of their First Division titles. The club were highly successful in the Premier League in the 1990s and early 2000s without winning any trophies, but have been mostly struggling since the 2006–07 season, and were relegated in 2009 and 2016. They returned to the Premiership for the 2017–18 season after winning the Championship title the preceding year.

Newcastle has a fierce local rivalry with Sunderland, and the two clubs have engaged in the Tyne–Wear derby since 1898. The club's traditional kit colours are black and white striped shirts, black shorts and black socks. Their traditional crest takes elements of the city coat of arms, which features two grey seahorses. Prior to each home game the team enters the field to "Local Hero", written by Newcastle native Mark Knopfler, while "Blaydon Races" is invariably sung during games.

The club has been owned by Mike Ashley since 2007, succeeding long term chairman and owner Sir John Hall. The club is the 17th-highest revenue producing club in the world in terms of annual revenue, generating €169.3 million in 2015. Historically, Newcastle's highest placing was in 1999, when they were the fifth-highest revenue producing football club in the world, and second in England only behind Manchester United. 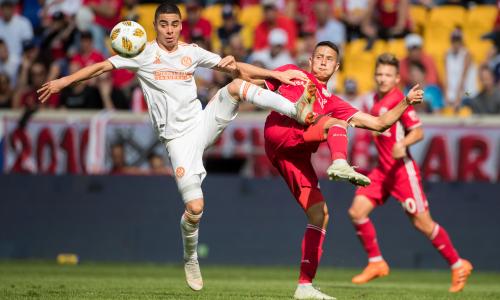 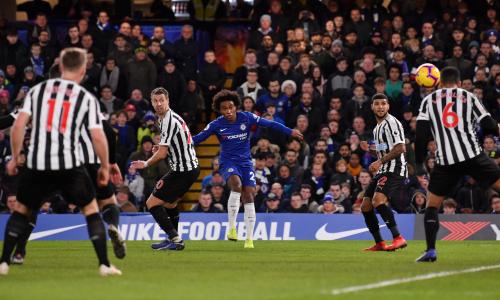 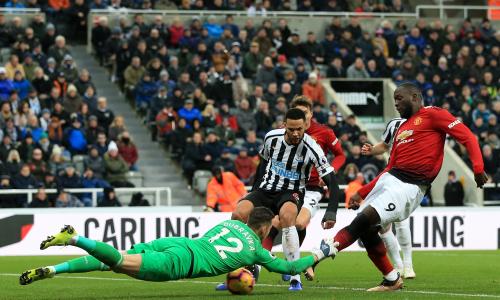 Romelu Lukaku scored within seconds of coming on, with Marcus Rashford completing a 2-0 win for Manchester United at Newcastle