The Argentina national football team represents Argentina in football and is controlled by the Argentine Football Association , the governing body for football in Argentina. Argentina's home stadium is Estadio Monumental Antonio Vespucio Liberti in Buenos Aires.

La Selección , also known as the Albicelestes , has appeared in five World Cup finals, including the first final in 1930, which they lost 4–2 to Uruguay. Argentina won in their next final appearance in 1978, beating the Netherlands at extra time, 3–1. Argentina, led by Diego Maradona won again in 1986, a 3–2 victory over West Germany. They again made the World Cup finals in 1990, and lost 1–0 to West Germany following a controversial penalty call in the 87th minute. Argentina, led by Lionel Messi made their fifth appearance in a World Cup final in 2014, again losing to Germany, 1–0 during extra-time. Argentina's World Cup winning managers are César Luis Menotti in 1978, and Carlos Bilardo in 1986.

Argentina has been very successful in the Copa América, winning it 14 times and also winning the 'extra' South American Championships in 1941, 1945 and 1946. The team also won the 1992 FIFA Confederations Cup and the 1993 Artemio Franchi Trophy. The Argentine olympic team won the Olympics football tournaments in Athens 2004 and Beijing 2008.

Argentina, Brazil, Germany and France are the only national teams that have won the three most important men's titles recognized by FIFA: the World Cup, the Confederations Cup, and the Olympic tournament. They have also won their respective continental championship .

Argentina is known for having rivalries with Brazil, Uruguay, England, and Germany due to historic occurrences with one another throughout football history. Description provided by Wikipedia 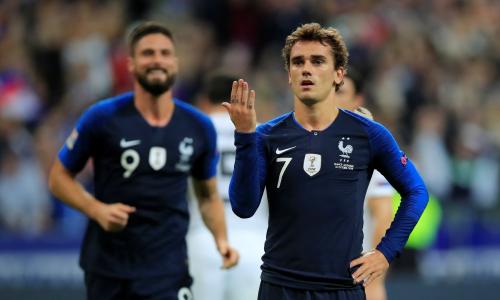 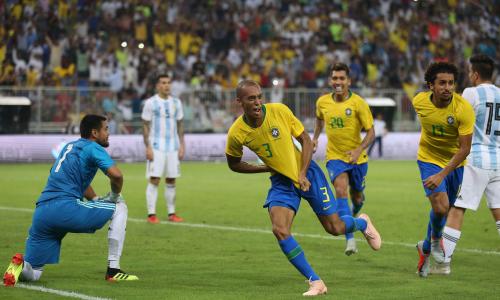 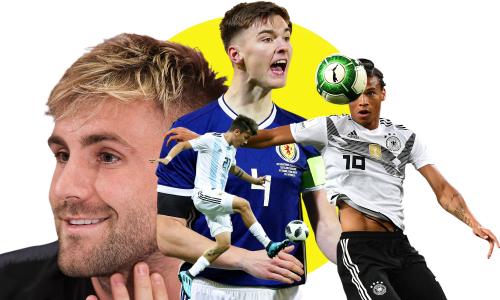 International football and Nations League: 10 things to look out for

Leroy Sané can play himself back into the Germany side, Luke Shaw has a chance to impress while Argentina must attempt to move on from Lionel Messi